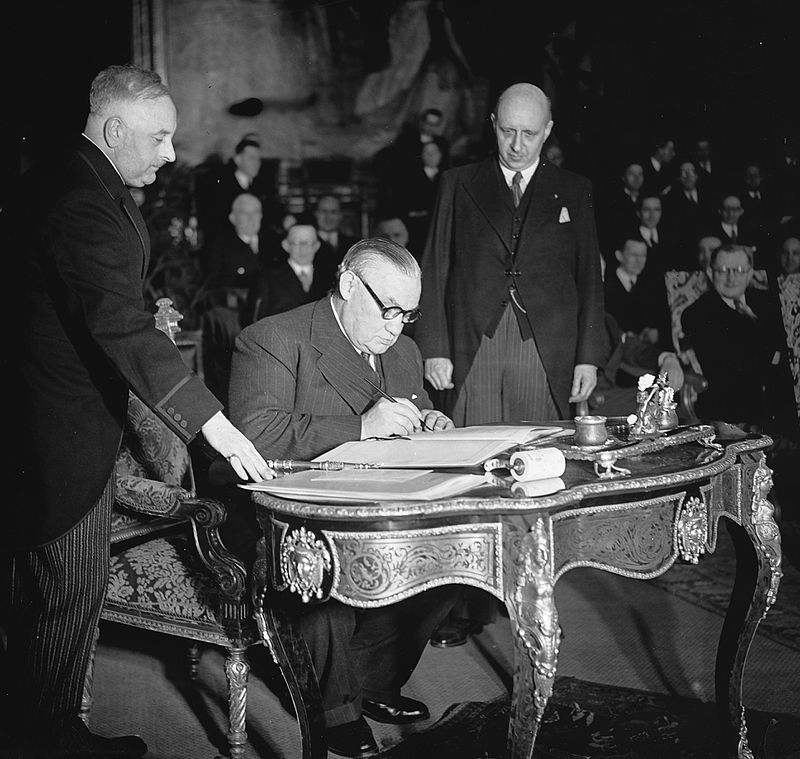 The formation of NATO.

The Western Allies were very wary of the Soviet Union and feared that there may be attempts to impose Communism in nations that did not want it. The way in which the USSR blockaded West Berlin and denied Eastern Europeans the promised democratic governments made the threat appear real. Further evidence that the USSR was attempting to expand came when the Soviets supported an attempted communist uprising in Greece and later in Czechoslovakia. If the Soviets were willing to assist revolutionaries in these countries, there was no reason why they wouldn’t do so elsewhere, or use force to impose their will on other nations. This led to the Truman Doctrine.

As a response to the increased threat of Soviet aggression the Western European nations (Britain, France and the Benelux nations) signed the Brussels Treaty in 1948. This promised mutual assistance in the event of any of these countries being attacked. The Soviet Blockade of West Berlin convinced the American government that the Soviet threat was real, and serious. They decided that the Western Alies needed to have a united approach to the Soviet threat. In April 1949 12 Western nations formed NATO (North Atlantic Treaty Organisation). They agreed to consider an attack on one member of the organisation as being an attack upon all of these nations. They included Allied servicemen in occupied Europe and Western colonies in Africa. A consequence of this was that the US committed to military presence in Europe after the Second World War.