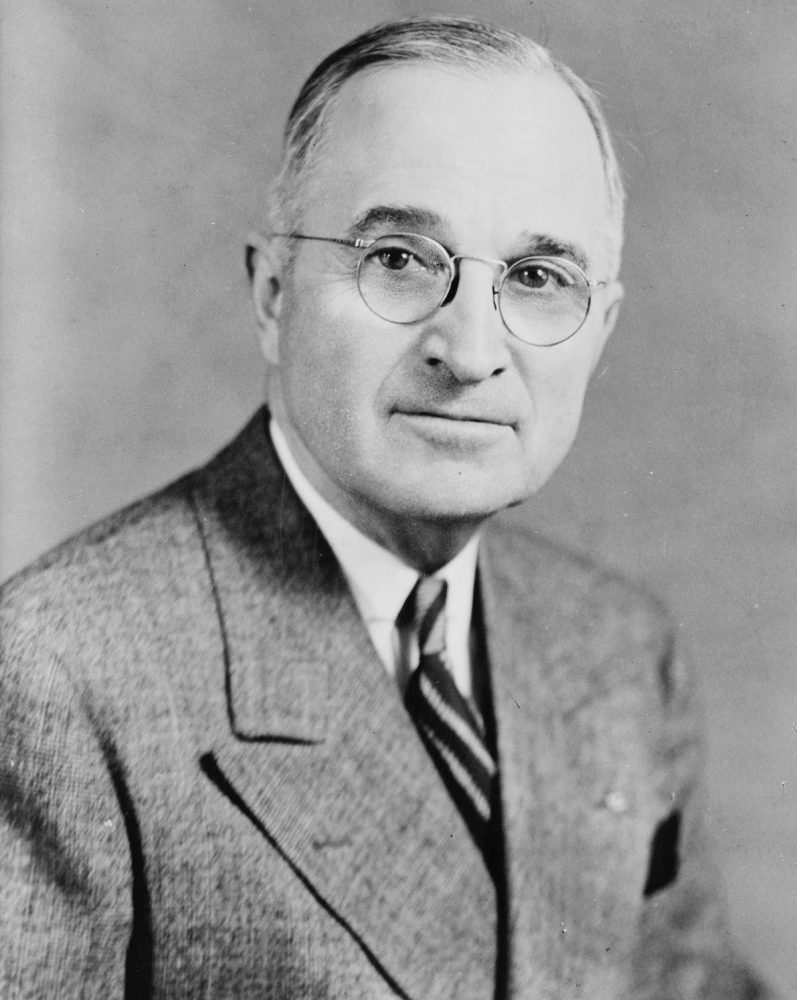 Towards the end of the Second World War the American President, FD Roosevelt, died. Roosevelt had a reasonably good relationship with Stalin and was confident that the agreements made at the Yalta Conference would be implemented. His successor, Harry Truman, was not so sure. He distrusted the Soviets and feared that they would fail to allow the democratic elections in Eastern Europe that had been agreed. 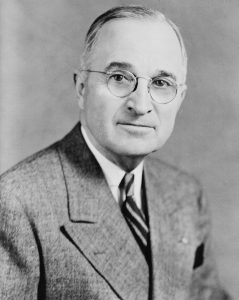 Truman’s decision to make use of the Atomic Bomb, and to fail to disclose its existence to the Soviets prior to dropping it, made the feeling mutual. Now the US thought that the USSR were going to attempt a de facto take over of Eastern Europe, and possibly attempt to expand into the West. The USSR on the other hand feared that the US were attempting to take control of Western Europe and feared that their sphere of influence was under threat.

As the war ended there was a clear need for US troops to remain in Europe. There were soldiers to decommission; prisoners of war to return to Germany and reintegrate; war criminals to find and arrest and civil order needed to be maintained. The large scale internal migration of Germans also needed to be policed, as did the movement of German products as agreed at Potsdam.

The early stages of the Cold War led to the need for prolonged US involvement in Europe becoming more necessary in the eyes of the US administration.

The Soviet failure to send agricultural goods to the West and their continued extradition of Germans from the East led the West to fear a Communist bloc being created. The Western powers did not want this to happen and feared that it could spread. The result was the creation of Bizonia and US pressure on Western voters to vote for democratic parties: in Italy, US officials said that US aid would be withdrawn if the Communists won and in West Germany the Communist party was banned altogether.

In doing so the US were trying to maintain the security of the Democratic nations in the West. It achieved this at a cost: it made the Soviet Union even more suspicious of the intentions of America. The Marshall Plan was introduced to ensure that the West was able to recover from the horrors of war. Again, this was seen as a threat to Soviet Interests. When Stalin responded to these measures by blockading Western Berlin the Americans had to decide a) what to do? and b) what were Stalin’s motives? The motive seemed clear, to wrest control of Berlin from the Western Allies. If the Allies allowed this to happen, what would Stalin do next? Eastern Europe would soon suffer the same fate and then where? Politically the US had little choice but to make attempts to save Western Berlin. The Berlin Airlift was a political necessity. Without it, the Soviet Union would have felt able to take whatever they wanted.

The main reason why US involvement in Europe grew at this time was mutual suspicion. Fear of the Soviet Union led to actions by the US that made the USSR more suspicious of the West. Each time someone acted, it inflamed the situation and poured fuel onto these suspicions.