Paris Summit Conference on the future of Berlin, 1960

On May 17th 1960 the leaders of the Soviet Union, USA, Great Britain and France met in Paris to discuss the situation in Berlin. The Soviet Union wanted Berlin to be designated as a ‘Free City’ with minimal military presence from other powers, and also wanted to conclude a Peace Treaty with East Germany. The Western Powers were determined not to allow West Berlin fall under Soviet Influence and had repeatedly pointed to the agreements made in the war time summits. This summit was an opportunity to try and agree some kind of compromise. 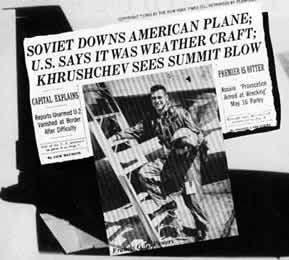 However, the summit barely got going. On May 1st the USSR announced that it had shot down an American U2 Spy Plane. The Americans denied the claim, only to have to back track and admit that a plane had flown over Soviet Territory when Khruschev ordered photographic evidence to be released. Upon his arrival at Paris for the summit talks, Khruschev demanded a public apology for the incident from the US President, Eisenhower, and also demanded assurances that the US would never violate Soviet Air Space again. Eisenhower refused to apologise and rejected the demands for assurances.

With this the talks appeared to be doomed. Berlin couldn;t be discussed until the U2 incident had been dealt with. The French President attempted to bring the leaders back to the table for further discussion. Khruschev returned to a press conference and repeated that he wanted to discuss a peaceful settlement in Berlin but that he would only do so after the US apologised for the spy plane. Eisenhower, again, refused.

Source: Eisenhower speaking at the laying of the cornerstone of the CIA headquarters in 1959

“I HAVE MADE SOME NOTES FROM which I want to talk to you about this U-2 incident. . . .

“The first point is this: the need for intelligence-gathering activities.

“No one wants another Pearl Harbor. This means that we must have knowledge of military forces and preparations around the world, especially those capable of massive surprise attacks.

Source: Eisenhower at the Paris Summit, May 1960

The Paris Summit and the U2 incident made it clear that espionage was ongoing and that both parties were suspicious of each other. It led to an escalation of the Cold War.