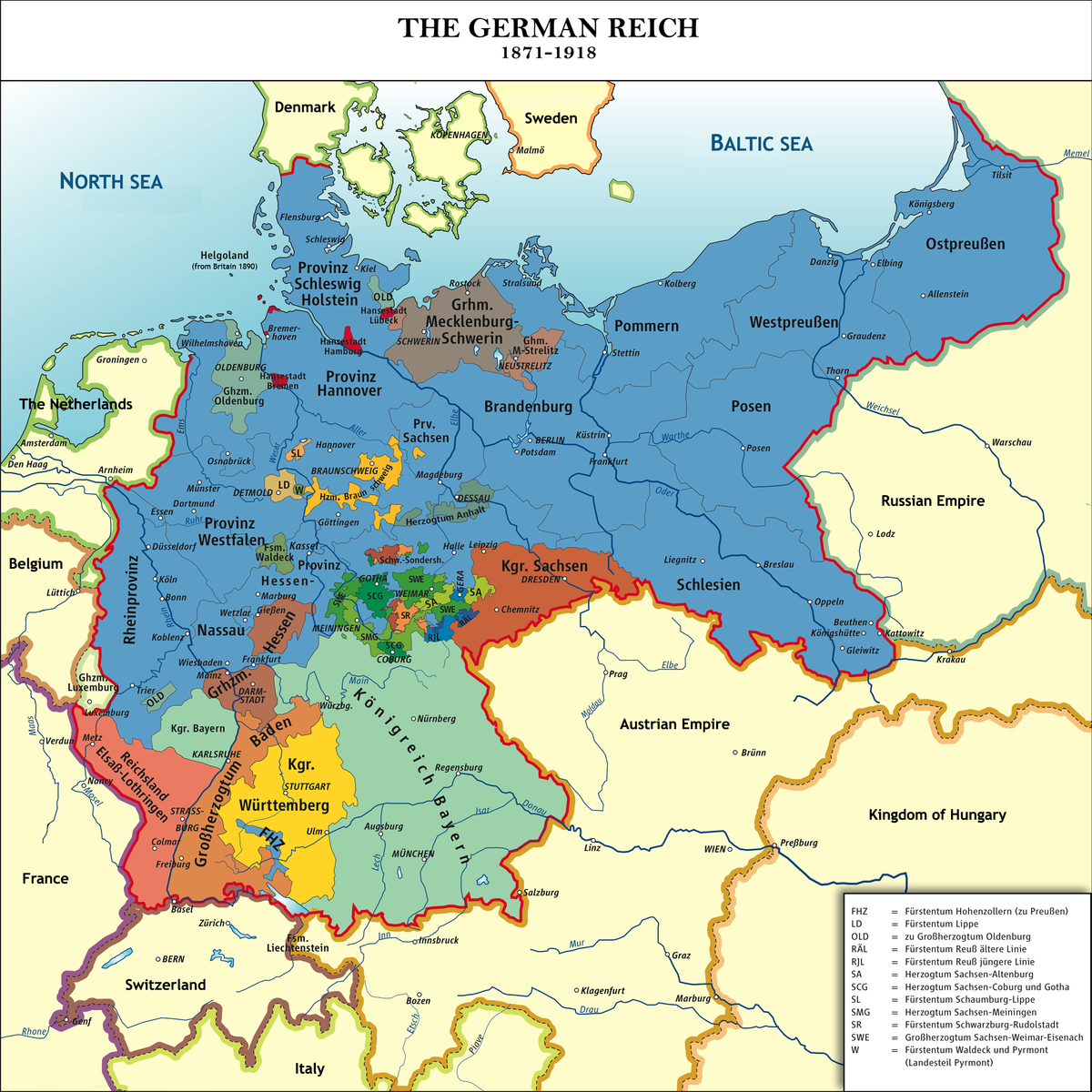 The Unification of Germany is a relatively recent set of events. In the mid nineteenth century Germany was a collection of smaller states that were linked as a German confederation. This confederation was dominated by Austria, which as a large imperial power was politically and economically superior to the smaller Germanic states. In the 1860’s the dominance of Austria was challenged by Prussia and the process of unification and codification of German law began. These events have been interpreted rather differently by historians. The process of German unification, in chronological order: