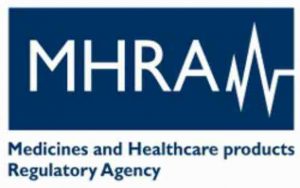 Government and Medicine: A Brief History

The role of Government in the history of medicine through time is a look at Governments as a factor. This could be a governments decision to increase taxes to pay for healthcare; a government investing in medical research; laws that they introduce about public health or the medical profession or governments doing little or nothing about health issues. How can Government affect the development of medicine?

Governments control what happens in a country. If the government wants to see an aspect of healthcare improved it can channel resources into that area. Likewise if other areas are priorities, funding for medicine and healthcare might be reduced. Since universal suffrage in the UK, governments have (generally speaking) reflected attitudes and beliefs of the people. This has meant that healthcare has been a political priority and funding, whilst still often criticised, has been a relatively high proportion of government spending. Before the vote was given to ordinary’ people the view of many governments was ‘Laisses-Faire’ or ‘leave them alone’ which meant that investment in public health, for example, was limited. Different governments and political parties have different views about what should and shouldn’t be funded by governments. One example of this is the current US debate about Healthcare. See this BBC article and analysis to see the arguments for and against increased investment by the US government.

In what ways have governments improved medicine over time?

An easy way to remember the main ways that governments have improved medicine and health over time is to use a mnemonic. For example:

Ok, its a simple list but it covers most of the key points. A brief summary of each:

Healthcare: “From the Cradle to the Grave” was a phrase used to describe the Welfare State. It means that the government was willing to invest in healthcare provision for people of all ages, with any kind of illness.

Education: Governments write the curriculum. These can include all sorts of education about healthcare – think about the number of lessons you’ve had about healthy eating, the importance of exercise etc. It also extends to investing in public information broadcasting and advertising. Example: Government video advising people about Swine Flu.

Attitudes. Governments can help to shape attitudes and approaches towards healthy lifestyles and healthy living. This might be through promoting these via adverts etc but has also been the result of religious beliefs that have been central to some past civilisations (Ancient Egypt) or through a desire to ensure a strong and healthy army (The Romans).

Latrines and clean water. Ok, I mean Public Health here but latrines fits the mnemonic so much better…

Technology. Governments have invested in technology and scientific experimentation in order to achieve medical progress. Pasteur and Koch were heavily funded by their respective governments; Penicillin was mass produced as a result of Government investment and many governments through time have invested in the use of communications technology to inform people about health and medicine.

Housing. In the UK there have been many acts of parliament relating to the qualit of housing that is built. This stems from the Industrial Revolution and attempts to solve problems caused by the emergence of slums.

What makes governments invest in medicine and health?

In a democracy, the voters! Examples of this: the Liberal Reforms were influenced by the extended suffrage to working class men and the rise of the Labour Party. The Liberals realised that helping the poor was a vote winner – though they did believe it was the right thing to do.

What things might cause a government to limit its spending on health?

Investment depends on a economy being strong. If the government is struggling to raise taxes, it will struggle to invest in things like healthcare. Likewise there are times when other things are more important. If a country is at war, for example, it will have to prioritise military spending or rebuilding damaged areas. After the collapse of the Roman Empire there was a long period where there was little spent on Public Health. This was caused by the power struggles that occurred after the empire collapsed; by the fact that there was no longer a strong government that could organise things and because of the lack of trained soldiers and engineers who could make the improvements.

Home » Medicine » Government and Medicine: A Brief History
a