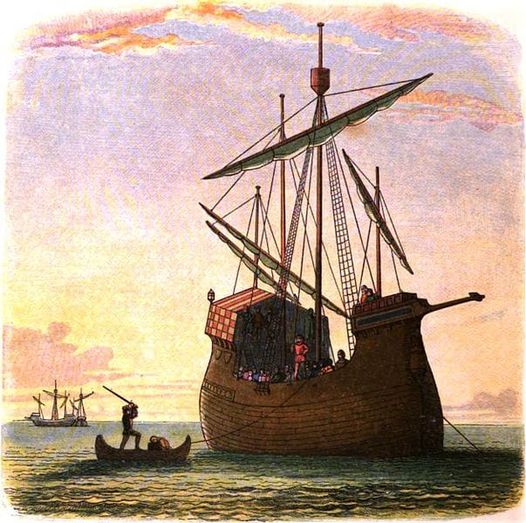 William de la Pole was a senior magnate who became a favourite of King Henry VI. The Duke served during the Hundred Years War, being wounded during the siege of Harfleur (1415). He later fought in the Battle of Verneuil and at the sieges of Montargis, Orleans and Jargeu, where he was captured by the French.
Suffolk became a senior commander in Normandy and France. He was Salisbury’s deputy for 4 years and commanded the marches of Normandy prior to his capture and imprisonment.
Suffolk returned to court and gained the favour of Henry VI. This also led to him being seen as a cause of England’s woes. It was Suffolk who negotiated the marriage of the King to Margaret of Anjou, and with it, the ceding of Maine and Anjou via secret clauses to France.
Suffolk faced increasing opposition as the French made gains in Normandy: ceding Maine and Anjou made the task much easier for the French. The death of Humphrey, Duke of Gloucester had raised some questions about whether it had been a murder, with the King’s favourites being the chief suspects. He also faced a large tax bill and had seen Adam Moleyns, treasurer and close ally, forced to resign and then murdered at Portsmouth.
Suffolk opted to take the initiative and challenged his opponents in parliament. The result was his arrest and impeachment by the commons. The impeachment hearing found Suffolk guilty. His close ties to the king limited his sentence to that of 5 years banishment. He was murdered whilst travelling into this enforced exile.
The night before setting off into exile, Suffolk wrote to his 8-year-old son. A modernised transcript of this letter follows:
My dear and only well-beloved son, I beseech our Lord in Heaven, the Maker of all the World, to bless you, and to send you ever grace to love him, and to dread him, to the which, as far as a father may charge his child, I both charge you, and pray you to set all your spirits and wits to do, and to know his holy laws and commandments, by the which you shall, with his great mercy, pass all the great tempests and troubles of this wretched world.
And that also, knowingly, you do nothing for love nor dread of any earthly creature that should displease him. And there as any frailty maketh you to fall, beseech his mercy soon to call you to him again with repentance, satisfaction, and contrition of your heart, never more in will to offend him.
Secondly, next him above all earthly things, to be true liegeman in heart, in will, in thought, in deed, unto the king our aldermost high and dread sovereign lord, to whom both you and I be so much bound to; charging you as father can and may, rather to die than to be the contrary, or to know anything that were against the welfare or prosperity of his most royal person, but that as far as your body and life may stretch you live and die to defend it, and to let his highness have knowledge thereof in all the haste you can.
Thirdly, in the same way, I charge you, my dear son, always as you be bounden by the commandment of God to do, to love, to worship, your lady and mother; and also that you obey always her commandments, and to believe her counsels and advices in all your works, the which dread not but shall be best and truest to you. And if any other body would steer you to the contrary, to flee the counsel in any wise, for you shall find it naught and evil.
Furthermore, as far as father may and can, I charge you in any wise to flee the company and counsel of proud men, of covetous men, and of flattering men, the more especially and mightily to withstand them, and not to draw nor to meddle with them, with all your might and power; and to draw to you and to your company good and virtuous men, and such as be of good conversation, and of truth, and by them shall you never be deceived nor repent you of.
Moreover, never follow your own wit in nowise, but in all your works, of such folks as I write of above, ask your advice and counsel, and doing thus, with the mercy of God, you shall do right well, and live in right much worship, and great heart’s rest and ease.
And I will be to you as good lord and father as my heart can think.
And last of all, as heartily and as lovingly as ever father blessed his child in earth, I give you the blessing of Our Lord and of me, which of his infinite mercy increase you in all virtue and good living; and that your blood may by his grace from kindred to kindred multiply in this earth to his service, in such wise as after the departing from this wretched world here, you and they may glorify him eternally amongst his angels in heaven.
Written of mine hand,
The day of my departing from this land.
Your true and loving father