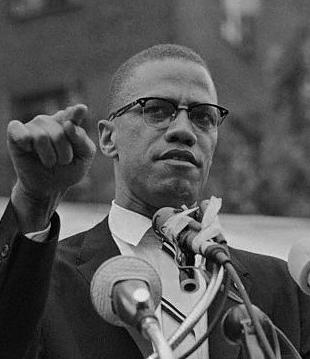 The Nation of Islam was founded in 1930 by by Wallace D. Fard Muhammad. From 1934 to 1975 the organisation was led by Elijah Mohammad. Maloclm X was a leading member of the Nation of Islam until his assassination in 1965.

The Nation of Islam believe that there is no God but Allah. They also believe that the Black people of America are one nation which has been denied its clture, history and heritage by White Supremacists. The ideals of the Nation of Islam can be found in the book ‘Message to the Blackman in America’ written by Elijah Mohammad in 1965. In 1997 the leader of the NOI summed up the aims by saying:

“The first part of that program is that we want freedom, a full and complete freedom. The second is, we want justice. We want equal justice under the law, and we want justice applied equally to all, regardless of race or class or color. And the third is that we want equality. We want equal membership in society with the best in civilized society. If we can get that within the political, economic, social system of America, there’s no need for point number four. But if we cannot get along in peace after giving America 400 years of our service and sweat and labor, then, of course, separation would be the solution to our race problem.” Louis Farrakhan, 1997.

The Nation of Islam has a ‘do for self’ philosophy and as such has set up many businesses across America. These have funded programmes aimed at improving the lives of Black Americans.

Malcolm X joined the Nation of Islam in 1952 and became the public face of the organisation until he left the group in 1964. Malcom X argued that Black people were genetically superior to whites and argued that rather than desegregating there should be a separate nation for the Black peoples of America. He was highly critical of the Civil Rights movement, calling the March on Washington the “Farce on Washington”, describing Martin Luther King Jnr as a “Chump” and questioning why Black people should get excited by protests, “run by whites in front of a statue of a president who has been dead for a hundred years and who didn’t like us when he was alive.”

Malcolm X’s rhetoric alarmed many people within the civil rights movement and concerned the authorities. In 1964 he left the Nation of Islam as he believed that it had gone as far as it could. He intended to establish a Black nationalist movement that would “heighten the political consciousness” of African Americans. Malcom X was assassinated in 1965. 3 members of the Nation of Islam were convicted of his murder.

The teachings of Mr. Muhammad stressed how history had been “whitened” – when white men had written history books, the black man simply had been left out. Mr. Muhammad couldn’t have said anything that would have struck me much harder. I had never forgotten how when my class, me and all those whites, had studied seventh-grade United States history back in Mason, the history of the Negro had been covered in one paragraph.

This is one reason why Mr. Muhammad teachings spread so swiftly all over the United States, among all Negroes, whether or not they became followers of Mr. Muhammad. The teachings ring true – to every Negro. You can hardly show me a black adult in America – or a white one, for that matter – who knows from the history books anything like the truth about the black man’s role. In my own case, once I heard of the “glorious history of the black man”, I took special pains to hunt in the library for books that would inform me on details about black history.

If violence is wrong in America, violence is wrong abroad. If it is wrong to be violent defending black ‘women and black children and black babies and black men, then it is wrong for America to draft us and make us violent abroad in defense of her. And if it is right for America to draft us, and teach us how to be violent in defense of her, then it is right for you and me to do whatever is necessary to defend our own people right here in this country.

BBC – Part of an excellent article entitled ‘Better Days Coming’. This section looks at the role of Malcolm X.

Malcolm X Project – Columbia University have an excellent project about Malcolm X which is a must visit for people conducting academic research into his life.

Nation of Islam – the Official Website of the NOI includes a history of the movement.