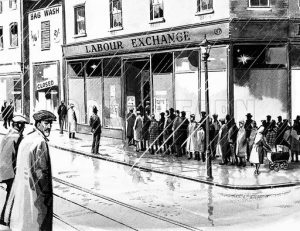 What were the Liberal Reforms?

The Liberal Reforms were a series of government measures designed to help people who couldn’t help themselves. They included the introduction of National Insurance which included a contribution from the employee, employer and government which would be used to pay sick pay and unemployment benefits; Old Age Pensions were introduced; Free School Meals were given to children from impoverished backgrounds to make sure that they got at least one good meal a day and also included legislation covering medical checks of school pupils, limits to working hours and the opening of the first Labour Exchanges (job centres). When did they take place?

The Liberal Reforms took place between 1906 and the outbreak of the First World War in 1914. The years of some of the key components are listed below:

Why were the reforms introduced?

A number of factors led to the reforms. Many within the Liberal party were eager to help ordinary people and had campaigned with this as a key policy. The military had noted during the Boer War that many conscripts were not fit enough to fight – so something had to be done about it! As working class men could now vote, it was also very important to make sure that things were offered that they would vote for. The Liberals were also wary of the growing strength of the Labour party. with whom they forced a coalition government in 1910. There was also further research into Public Health that showed that there was a need for intervention in some areas. Rowntree completed a survey of the working classes in York, for example, and Margaret McMillan was pioneering welfare work for children in Bradford at this time.

Were the reforms welcomed?

The ordinary people who benefited from the reforms were obviously quite happy about things but there were opponents of these measures. Many people objected to the increases in tax to pay for the reforms; others complained at the National Insurance contributions they had to pay and politicians from other parties criticised the measures, to the point where there was a major constitutional crisis in 1909 when the House of Lords refused to approve the ‘Peoples Budget’ put forward by the Liberals. Some of these criticisms were from people who believed in the ideas of Laissez -Faire which basically means ‘leave them to sort it themselves’ whilst others criticised the reforms for not going far enough.

What impact did the Liberal Reforms have on health?

The Health of Children improved as a result of the reforms. By the outbreak of war around 150,000 pupils were receiving free school meals and regular medical inspections. This helped to reduce child mortality figures (as did the introduction of vaccines). Free medical care was available for some and this clearly helped to save lives. The quality of life for the elderly was also improved.

Home » 20th Century » What were the Liberal Reforms?
a