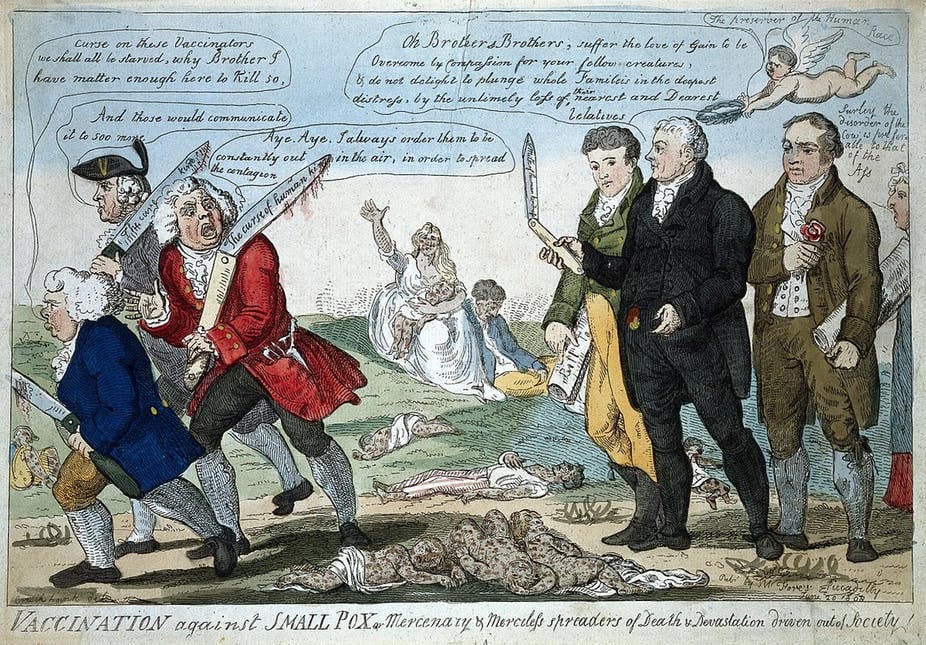 Edward Jenner was responsible for the first real break through in the fight against infectious disease. In 1796 he introduce a vaccine against Smallpox. Jenner spent a long time studying the inoculations carried out to prevent Cowpox and decided to experiment. His adaptations of the inoculation process resulted in a cure, or vaccine, for smallpox being developed. Jenner’s vaccination for Smallpox did not receive universal approval at the time. The Anti-vaccine league opposed the method on ethical grounds. However, the results of the vaccination for Smallpox were positive and won his critics over. Smallpox is now, thanks to Edward Jenner, a thing of the past.

Jenner’s process was based initially upon inoculation procedures brought back from turkey by lady Mary Montague. He used these to conclude that injecting a form of the virus into the bloodstream would act as a vaccine against the disease. He experimented on animals and observed the success of the Cowpox vaccine. Later he chose to use his method on people. Jenner injected James Phillips with pus from the sores of a girl infected with Cowpox. Once the injection had time to circulate Jenner injected him with a dose of Smallpox. The infection did not take hold and Jenner became convinced that the vaccine worked.

Many doctors accepted Jenner’s discovery although some were initially opposed to his work and disputed its success. Evidence was produced by some to show that patients given the vaccine later developed smallpox and died. Jenner though was hailed as a hero by people such as Thomas Jefferson, the president of the United States. Smallpox, one of the most deadly diseases known, was cured.

Edward Jenner and the Smallpox Vaccine. Source evaluation exercise for GCSE HIstory students looking at the Anti-vaccine league’s illustrations about such vaccinations. 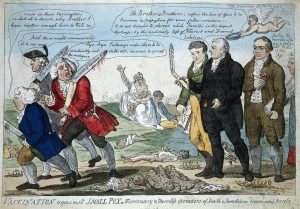 Anti-Vaccination literature and artwork was distributed as Jenner worked on his Smallpox vaccine. The opposition to vaccination stemmed from suspicion of the new method. It seemed unnatural to inject a human with the pox of an animal.