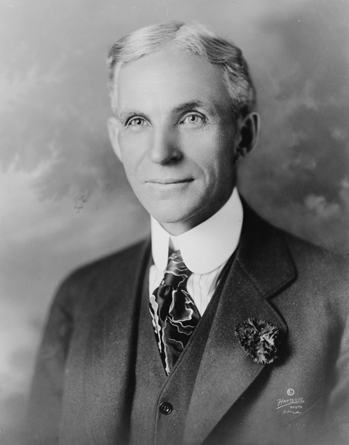 Causes of the Economic Boom in America in the 1920’s

The period from 1920-29 is often called the ‘Roaring Twenties’ because it was a time of noise, lively action and economic prosperity. The First World War had been good for American business. Factory production had risen sharply to meet the needs of the war. America had been able to capture markets that used to buy from Europe. Once the war was over these countries continued to buy American goods.

The Republican governments of Presidents Harding, Coolidge and Hoover, tried to help American businesses by increasing taxes on foreign goods coming into the USA. This was achieved by passing a new law called the Fordney – McCumber Tarriff Act in 1922. These new import taxes were called ‘Tariffs’ and made goods that were made outside of the USA more expensive to buy. This in turn encouraged Americans to buy goods made in the USA. This led to a Boom or an increase in the amount of goods being made and sold by American businesses.

America’s economy recovered quickly after The First World War.
The government was Republican and favoured ‘big business.’
After the war the government followed a policy of isolationism and focused on internal affairs.
By the mid 1920s the economy was booming.

Factors leading to the Boom

The greatest business boom took place in the motor car industry. There were three big car producers in the 1920s: Ford, Chrysler and General Motors. By far the biggest at this time was the Henry Ford Motor Company.

Henry Ford set out to build a car that everyone could afford to buy. Ford started mass-producing his first car, the Model T Ford in 1909. It was slow, ugly and difficult to drive, but for the next eighteen years this car, nick named ‘Tin Lizzie’, was America’s best selling car. The big attraction of the Model T Ford was its price, it never increased and instead it kept on dropping. Costing $1200 in 1909, the price in 1928 was only $295. By the end of the 1920s Ford was producing more than one car per minute.

Henry Ford was able to sell cars more cheaply because they were mass-produced and every part was standardised (only one colour and one engine size were available). By producing large numbers of cars on an assembly line Ford needed fewer workers, and that cut the cost of paying wages. By standardising the parts he cut production costs even further.
Mass production worked by breaking down the job of making a car into smaller jobs that could be done quickly and simply by an unskilled person. A car would be pass down an assembly line and every time it stopped someone would add an extra part until finally it reached the end of the line and was finished. As Henry Ford said:

“Work is planned on the drawing board and the operations sub – divided so that each man and each machine do only one thing … the thing is to keep everything in motion and take the work to the man not the man to the work.” Henry Ford

The car industry helped to make America richer in the 1920s. Car production used up 20% of America’s steel, 80% of her rubber, 75% of her plate glass, and 65% of her leather. The more cars that were made, the more jobs that there were created in these industries. By the end of the 1920s American cars used seven billion gallons of petrol a year. This helped to create jobs in the oil industry and made the oil state of Texas rich. New roads had to be built for the increased numbers of cars. This meant more jobs for the construction and building industries. And along these new roads sprang up thousands of garages, ‘gas stations’, restaurants, ‘diners’ and ‘motels’ – all creating even more jobs. People with jobs could afford to spend part of their wages on luxury goods such as a new car or a vacuum cleaner!