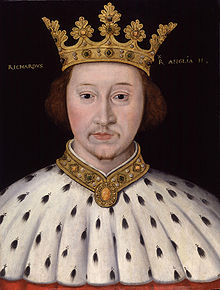 Kings and Queens of England have played a large part in the shaping of the country. For much of England’s past, the monarch ruled supreme. The relationship of these Kings and Queens with the nobility, the people and other countries led to the wars, alliances and political changes that led to the foundation of a United Kingdom. Our content on English monarchs draws from existing units. It will be expanded to include pre-Norman monarchs and into more recent dynasties.

Kingship in the Norman era was much disputed. William the Conqueror’s eldest son, Robert, did not inherit the crown of England. Instead, it was given to William Rufus. This led to conflict between the brothers over the English crown and control of the Duchy of Normandy. When Rufus was killed whilst hunting, Henry, another of the Conqueror’s sons, took the crown quickly. Again, Robert contested this. Henry attempted to create a clear line of succession. He nominated his son as heir. However his son predeceased him. Henry then nominated his daughter, Matilda, as his heir. Upon Henry’s death, the crown was taken by Stephen, a grandson of the Conqueror. This also resulted in war, in a period known as the Anarchy. This ultimately led to the recognition of Henry Plantagenet, Matilda’s son, as the heir. From this point onwards inheritance of the crown through primogeniture became more common, though not always adhered to.

The Plantagenet Dynasty in various guises ruled England for longer than any other to date. Succession was largely through the line of male primogeniture in the earlier years of the line. This changed with the usurping of Richard II and Henry IV acceding to the throne. In later years this would have consequences as legitimacy to be King became an issue in the War of the Roses. The War of the Roses broke out during the reign of Henry VI. His rule was one in which factions dominated court and their fortunes changed quite often. It led to the outbreak of conflict between the two main lines of the Plantagenet family: the Houses of Lancaster and York. The conflict saw the ‘Princes in the Tower’ vanish without trace. Richard III was killed in battle at Bosworth Field. He was succeeded by the victor on that day, Henry Tudor, who claimed legitimacy through his mothers line. The Tudor era was a tumultuous period in English history. It was the time of the Reformation and Renaissance. England also saw upheaval as a result of Henry VIII’s break with the church in Rome, remarriages and struggles to produce an heir. This famously saw Henry have 6 wives and contributed to the Dissolution of the Monasteries. His heir, Edward VI, was young. His reign was short but saw the beginnings of a Protestant state emerge. The subsequent accession of his sister, Mary, an ardent Catholic, saw a period of counter reformation. Throughout the reigns of both, and into that of Elizabeth, religious issues dominated domestic policies. Elizabeth’s reign attempted to deal with this through a Religious Settlement. The Elizabethan era saw these issues manifest themselves through plots relating to Mary, Queen of Scots. There followed the Spanish Armada. Succession remained an issue throughout the Tudor period. Elizabeth died childless. Her next of kin was James Stuart, son of Mary, Queen of Scots.

The Stuarts as Kings and Queens of England

The House of Stuart’s rule lay either side of England’s only period of history when the government was a Republic. The Rights of Kings and Parliament was a politically charged issue for the early Stuart monarchs. It led to the outbreak of war. Charles I was defeated. Parliament put him on trial, found him guilty of crimes against his own country and executed him. A period known as Interregnum followed. A Republic, headed by Oliver Cromwell. The house of Stuart was restored 1660. Charles II is remembered as being the Merry Monarch, despite his reign including the Great Plague of 1665 and the Great Fire of London. He was followed by James II. James was overthrown in 1688 in the Glorious Revolution.

The House of Hanover

The early period of the House of Hanover’s rule saw a Jacobin rebellion. George I had become king as he was the closest living male protestant relation of Queen Anne. Had there not been a bar on Catholics being able to take the crown, he would have been 50th in line. The Jacobins supported the claim of those descending from James II. The last battles fought on English and British soil took part during these conflicts. The Georgian era, as it is also known, saw the rise of Parliament as we know it today. Politicians grew in prominence. England prospered. Acts of Union created Great Britain. The colonies became an empire. Trade prospered due to the Industrial Revolution.

Note: The house of Windsor derives from the House of Saxe-Coburg. The family name was changed by Royal Proclamation on 17th July 1917.

The House of Saxe-Coburg replaced the House of Hanover due simply to Queen Victoria’s husband, Prince Albert, being from the Saxe-Coburg family. Their son, Edward, inherited his fathers family titles as well as the crown. The family name was changed by Royal Proclamation to Windsor in 1917. This was a response to the war with Germany and the German origins of the Saxe-Coburg name, lands and titles. In 1936 the family experienced a crisis when Edward chose to marry Wallis Simpson. Simpson was in her second marriage, already divorced once, when she met Edward. The prospect of Edward marrying someone who was twice divorced and whom had both ex-husbands alive and well was too much for many of the establishment to take. Edward abdicated to marry her. George VI, his brother, acceded. The Royal Family remained in Royal palaces for most of the Second World War. This endeared them to the people, particularly those in London. George passed away in 1952. His daughter became Elizabeth II. Her reign is the longest of any English monarch.

Home » Kings and Queens of England
a