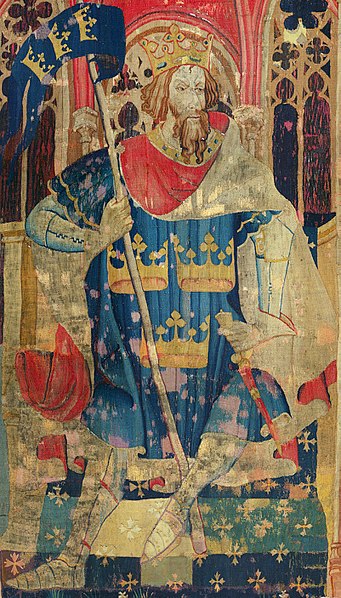 King Arthur And The Knights Of The Round Table: Fact Or Fiction

While it is pretty clear some of the more mystical aspects of the Arthurian legend are make-believe, there is still much debate about whether King Arthur and his knights were also made up or if the legend is based on real people.

King Arthur is, without a doubt, the most legendary medieval British icon in history. While there is some doubt about whether or not he is based on a real person, there is no question that the legend has remained an essential part of popular culture to this day.

The Arthurian legend has spawned countless books, and A Brief History of King Arthur by Mike Ashley published in 2010 is just a proof of that. Arthur’s character can be noticed in many  movies too, like King Arthur: Legend of the Sword starring Charlie Hunnam and video games such as the role-playing game King Arthur: Knight’s Tale set for release in 2021. King Arthur has left its traces in the iGaming industry too, as there is a slot game titled Book of King Arthur that can be found on the list of popular online slots on casinos such as Casumo and Casino Gods.

However, despite all of that, there is still much debate about whether or not he was a real person or made up completely. According to the stories, Arthur was a brilliant Briton-Celtic leader. He led Britain’s defence against the Saxon invasion in the 5th and 6th centuries, which sounds believable enough on its own. Still, the legend includes a round table, knights, Lancelot, a wizard named Merlin and a quest for the Holy Grail, which is where things extend into the realms of fantasy.

The story’s details are made up of folklore, and literary invention, so many historians are a bit hesitant to concede the story was based on a real person. It also does not help that the themes, characters, and events vary widely between different story versions.

One of the most disputed parts of the story by people who do not believe it to be real is the Castle Camelot. They question whether it was a real place and point out there is no evidence of a massive structure that could have been Camelot. In response, some historians have argued that Camelot was not a castle but a state-built structure left behind by the Romans. If that were the case, it would have been very commonplace and challenging to identify accurately.

The prevailing belief is that Camelot was in the southwestern part of the United Kingdom, either in Somerset, Winchester, Cornwall, or south Wales. A 1 500-year-old piece of slate was found at Tintagel Castle in Cornwall in the 1980s with a Latin inscription that reads “Artognou, father of a descendant of Coll, has had (this) made” and many believe this is evidence that Arthur existed because Old King Cole (Coll) is believed to be one of Arthur’s ancestors.

These days, there is general acceptance that there is a real person behind King Arthur’s legend but that the stories have been embellished and embiggened over time through countless retellings. However, some also believe King Arthur’s story is an amalgamation of the legends of many great leaders during the period.

If it is based on a solitary person, most historians believe him to be a great leader by the name of Arturus. The biggest counter to this theory is that his name is not mentioned in any official history, but it is believed Arturus was not his real name but rather a title given to him by his followers.

To answer the question, was King Arthur, a real person? The answer is a slightly disappointing and uncommitted “probably”, and we may never really know for sure unless some significant evidence is uncovered to prove one theory over another.

Home » British History » King Arthur And The Knights Of The Round Table: Fact Or Fiction
a