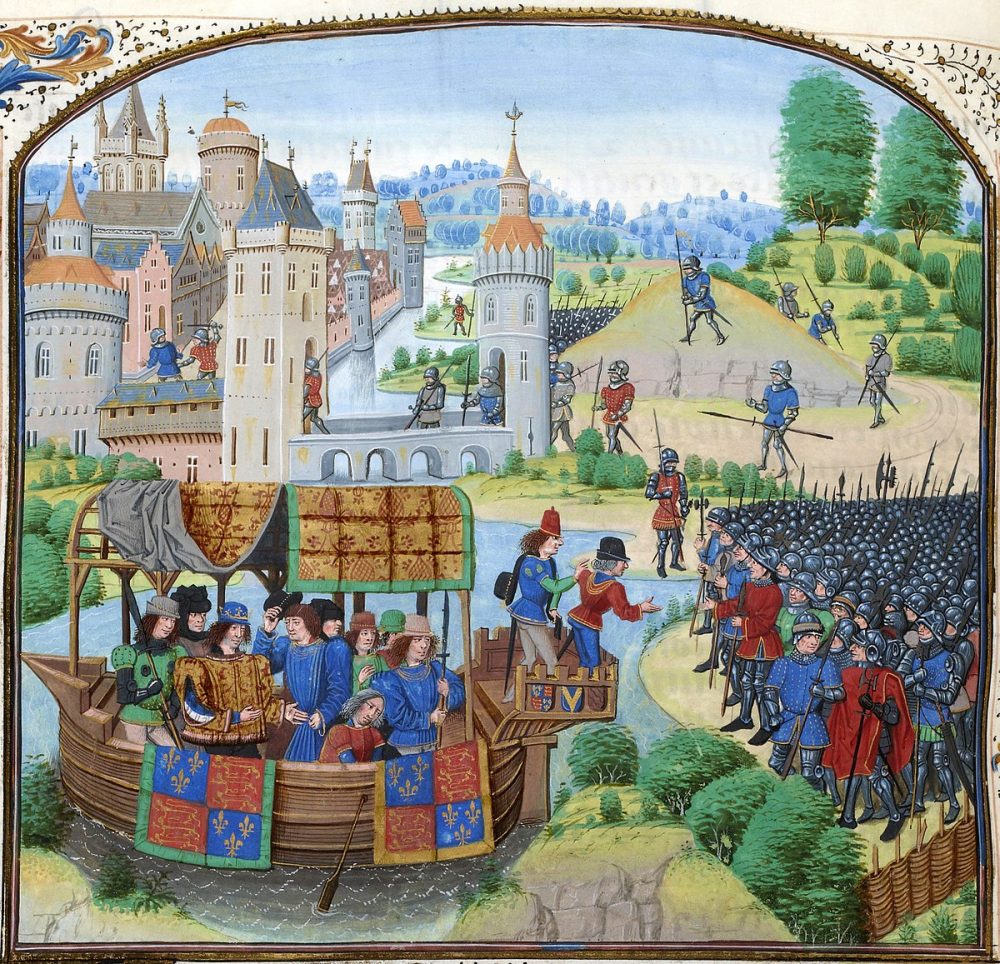 This timeline of The Peasants Revolt covers the main events of the causes and courses of the people’s rebellion. It was a popular uprising of mainly lower class labourers. The causes of the Peasants Revolt were a mixture of economic and political issues. The Revolt saw people from the South East and East Anglia rise in a spontaneous protest. They were led by Wat Tyler and John Ball. The peasants marched to London, killing several important Lords. Here they met with Richard II, In a confrontation afterwards, Wat Tyler was killed. The rebellion dissipated after Richard II led the people away from the scene.

Teachers Resources: Collection of Worksheets on the Causes of the Peasants revolt. Timeline of the Peasants Revolt 1381

1348-1350 The Black Death killed a huge number of farm labourers. This created a shortage of workers driving up demand and wages.

1351 The Statute of Labourers imposed wage limits to prevent pay demands getting out of hand. It also said that people could not refuse to work for the wage set down in law.

1360 John Ball, a Lollard priest, begins preaching about the peasants rights to freedom.

1369 Things start going badly in the wars in France. Extra men, and costs, were needed. This was unpopular.

1377 Richard II, a ten year old boy, becomes King. The country is run by his Uncle. Government is unstable and unpopular.

1377 John of Gaunt introduces the first Poll Tax. This is levied to pay the costs of the war in France.

1381 The third Poll Tax in four years is imposed. It is levied on everybody aged 15 or older, no matter how much wealth they had.

30th May 1381 A Tax Collector attempts to take tax from the people of Fobbing, Kent. The collector, Thomas Bampton, was dismissed by the villagers, led by Thomas Baker. The argument that followed became a riot. The Revolt had begun.

30th May 1381 Other villages started rioting when they heard about the incident in Fobbing.

Timeline of the Peasants Revolt

John Ball, who had been imprisoned in April 1381 was freed from prison by rebels at some point after the initial riots.

7th June 1381 Wat Tyler is appointed leader of the rebels in Kent.

7th to 12th June 1381 The Peasants Revolt was a march through Kent and from Suffolk towards London. It was not a march just of peasants though. Local priests, reeves, smaller landowners were among the rebels. Word was spread quickly throughout the South East and into East Anglia. The march was large.

12th June 1381 The Peasants arrive outside the City of London. It is believed that there were around 30000 people following Wat Tyler by this point, with riots taking place elsewhere.

13th June 1381 One entrance to London is opened by a sympathiser. Many of the Peasants enter the city. John of Gaunts house is sought out and set on fire.

14th June 1381 Richard II meets Wat Tyler at Mile End. Tyler tells Richard II what the Peasants demands are. Richard agrees and signs charters granting the peasants the freedoms that they had demanded.

14th June 1381 Most of the Peasants leave once Tyler has received the Kings charter.

14th June 1381 A group of armed Peasants enter the Tower of London. They find and execute the Kings Treasurer, The Archbishop of Canterbury and another senior official. They find the young Henry of Lancaster but spare him due to his age: he later becomes King.

15th June 1381 An army of Londoners loyal to the King has been hastily put together. Richard II sends a message to Tyler asking for a further meeting, at Smithfield. Tyler and his men meet Richard. Tyler makes more demands. The Mayor of London gets involved in an argument with Tyler. Tyler appears to wave something in the direction of the King and the Mayor stabs him, as do guards. With Tyler dead, Richard asks the rebels to leave London. He personally leads them away from the scene to diffuse the situation.

Aftermath of the Peasants Revolt

23rd June 1381 Richard II withdraws all of the charters that were agreed with Wat Tyler.

13th July 1381 John Ball is captured. He is tried for treason the following day. Found guilty he was hung, drawn and quartered on 15th July 1381.

British Library – Peasants and their role in Rural Life.

Spartacus Educational – Punishments given to the participants in the Peasants Revolt.