Free revision materials on the Rise of Hitler

The Rise of Hitler is an integral part of a GCSE History course that includes German History from 1919-1945. The consequences of the First World War for Germany and the onset of the Great Depression led to a situation in which extremist groups entered the mainstream. Hitler and his Nazi Party capitalised on this. A rapid, largely legal, rise to power took place. Hitler rose from relative obscurity in 1928, to being Fuhrer in 1934.

Within this pack there are: 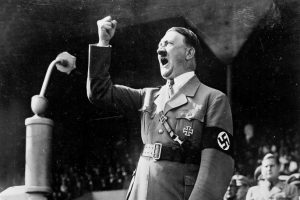 Providing materials alone often isn’t enough. Structuring the pupils revision is often helpful. For those who need support in doing that, or who just need to consolidate their understanding of how things fit together, see our Exam Revision Chart on the Rise of Hitler.

There are no reviews yet.

Be the first to review “Rise of Hitler” Cancel reply