Ros Rendle has a series of historical fiction novels that combine warfare and romance quite expertly. Using family history and local access to Battlefields she has constructed award-winning tales set in the two world wars. Ros Rendle was a headteacher in a previous life but when her husband took early retirement she did too, and they moved to France. She used to write policy documents, essays and stories to which young children enjoyed listening, but now she writes contemporary and historical fiction for adults – a much harder but more enjoyable task.

As a former primary school headteacher, you will have a very good idea about ways in which historical fiction books could be used in schools. What would be your top tips for teachers looking to incorporate it into the curriculum?

Using fiction can add a dimension as a secondary source providing pupils and students to understand that there is a difference between fact and fiction. I have used novels and short stories to illustrate this, asking them to look for aspects which differ. Sometimes fiction time is elongated or shortened, for effect, for example.

Fiction books and film can engage pupils so that they become more interested in finding out the truth of a subject. As an example, I would suggest short passages are extricated from a longer work to illustrate the way in which people lived or moved around and compare that with modern existence.

Your novels place Romantic stories into the setting of the two World Wars. What influenced your decision to combine Romance with Warfare?

Romance is a valid part of life and often undervalued in fiction. Not many bookshops have a specific section for it while it is the norm for say, Crime, Thriller, Warfare and Science Fiction, and nearly all modern songs, of any genre, feature romance and relationships. There is a valid juxtaposition between romance and warfare. It creates good scenarios to explore how the events and emotions of the men, in those days, who went away to fight and the women who stayed at home to fight with everyday life. Then there were the women who did go to France but were in a supporting role to the men who were fighting. They had terrifying and difficult times, too, but in a different way.

Your books touch on the ways in which war changes the perceptions of the men fighting in the trenches and their relationships with people at home. This is powerful stuff. Was there a particular inspiration behind this aspect of your plot?

I know my mother always said my grandfather was self-centred. Perhaps he always was and merely a product of his Victorian upbringing and she viewed him from a more modern age when expectations had altered. Maybe his experiences in WW1 caused that attitude and he thought he was owed something in compensation for what he had given. I did read many accounts of soldiers’ experiences, but imagination had to play a large part, too. I fail to see how traumatic experiences don’t change perceptions in both long and short term. They may be repressed but they must be there.

The interplay of the characters in the books demanded change, both in Book1 and Book 2. For a book to have an intensity that encourages the reader to carry on, the characters need to develop and possibly change. With such catastrophic experiences, I imagined this was inevitable. This was my main motivation.

How did you set about researching your novels?

I lived in France for many years, both in the region of the Somme and that which was known as Vichy France. While there, my husband began to research my grandfather’s WW1 experiences. As part of this, we also visited the National Record Office at Kew. After finding him mentioned in the War Diaries of 1916 we were able to visit the scene and walk the ground he would have crossed, seeing where trenches were, and the woodland he inhabited, which is still there. Knowing my great-aunt joined the WAACs and was sent to France to cook for soldiers in 1917 meant I was able to research facts about this too. It was a small step to invent characters who would interact in these scenes. Three sisters leant themselves to three times of international conflict. (The third, I am writing now and features the Cold War.) So, Flowers of Flanders, Strong Sisters series Book 1 was created.

For the second novel, Flowers of Resistance, set between the north of France and in the Loire valley in 1940-44, I used an area in which we still have a house. French people are reluctant to talk about those times, but I did hear one anecdote which I have used at the beginning of the story about a family fleeing the Nazi invasion. I also discovered history about routes in France for escapees and downed airmen. Although research for this book was significantly more difficult it was still vital to get facts correct.
It’s not only the major events that give a historical novel its realistic flavour, though. Much research involves the minutiae of everyday life. For example, the price of a bus fare, what people ate, what the weather forecast was in Albert for a particular day such as the 1st July 1916, the first day of the Battle of the Somme. I spent some time researching the price of a Ford motor car in 1913.

How did you get into writing? Why historical fiction?

My mother was an author of over twenty novels in the 1970s and 80s. She always encouraged me and although I did start a book in my early twenties, life interrupted. When we moved to France and I had more time I took the original idea and completed it. After joining the Romantic Novelists’ Association and receiving a full critique I edited that book to the nth degree and had it accepted for publication. The historical writing came about as a result of this success and the research my husband started.

I’m not much of a planner, more a ‘flying by the seat of my pants’ type i.e. a pantser. I do always have a couple of pages of outline and I always know how it will end. I have about four main plot points at the critical % of the whole novel. Sometimes, because of the nature of my schemata, minor characters will pop up and form subplots, for example. It’s organic in that sense but they must fit in with the overall view.

How do you balance the fact and the fiction in this type of novel?

This is such a great question. Anything where fictional characters meet factual places and events must be true to life, for me. The fictional character must react in a way that would be right for them and they must alter, if necessary, rather than the place or happening.

One of the ways that my website is looking at, currently, is the way that history is interpreted and presented to the general public. How do you go about deciding how to portray your characters and the events in which they become involved?

Another good one and linked to the last question. Fiction can be a great way to access history but NOT if events are altered because, inevitably, this would change outcomes and that cannot be. However, it can make history accessible for some and may encourage those people to research further, especially now that the internet makes everything more accessible. That’s another reason why historical facts and events must be accurate because all credibility of an author could so easily be lost.

Which authors have been most influential in your own writing, to date?

When I was young, I read Georgette Heyer and Mary Stewart. Some aspects seem old-fashioned now, but the writing is still good, and a story woven which holds up. I’ve also enjoyed works by Sebastian Faulks. Indeed, the premise of Flowers of Flanders was likened to Birdsong by one agent!

I’m writing the third in the Strong Sisters series. This is a dual timeline set between 1975 and 1927-50s. The third sister is elderly in 1975 but recounts her experience in pre-WW2 Germany and then passing through Checkpoint Charlie and life in Berlin during the Cold War. I’ve started researching for a book set during the Napoleonic wars. There was prison camp just outside Peterborough for French captives but there was a Spaniard there, too who is supposed to have escaped by an unusual means. Ripe pickings for a novel!

Read, read, and read some more. Not only does this give an insight into what sells, it’s also possible to find out things such as the structure of a novel, the acceptable length, aspects of characterisation, plot and setting. However, it’s also important to understand some of the technical aspects which are and are not okay. While there are courses and conferences, there are plenty of books and blog articles about these too. . . so, READ. 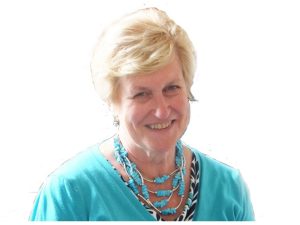 Ros Rendle was a head teacher in a previous life but when her husband took early retirement she did too, and they moved to France. She used to write policy documents, essays and stories to which young children enjoyed listening, but now she writes contemporary and historical fiction for adults – a much harder but more enjoyable task.

The award-winning ‘Flowers of Flanders’, ‘Flowers of Resistance’ and the novella ‘Delphi’s Dilemma’ can be accessed from Amazon using this link or directly from her website – www.rosrendleauthor.co.uk

Flowers that Shattered Stones set during the Cold War will be out soon.

To find out more about her, you are able to link with Ros via:

Isabella of Angouleme a Q&A with Erica Lainé

Alice Poon on The Green Phoenix and Empress Xiaozhuang

A.E. Walnofer on the Restoration and Regency periods (Free Book)