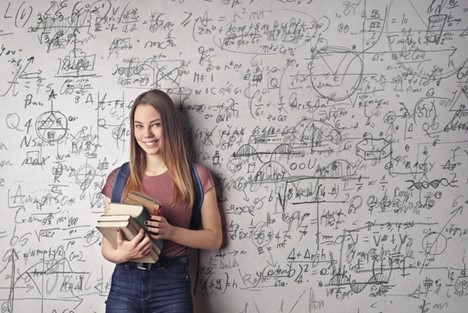 Not many people love math because most of them feel it’s a hard subject. Mathematics has played a major role in the development of societies, economies, and science. It helps build creativity, spatial skills, logical skills, and critical thinking.

In every generation, certain individuals excel in math more and their contributions help all other subsequent generations. Great mathematicians such as Srinivasa Ramanujan, Pythagoras, and Euclid developed mathematical formulas and concepts that changed many generations until today.

If you want to become a famous mathematician, you must become focused, determined, and persistent. Put more effort and pursue a university education and, if possible, do advanced degrees. Carl Friedrich Gauss had such qualities and developed to become one of the greatest mathematicians in history. Carl was born, raised, and educated in Germany.

He loved schooling and attended three different universities to advance his studies. He attended the Braunschweig, Helmstedt, and Gottingen universities. He made a significant impact in several math fields such as matrix, algebra, geometry, optics, astronomy, and statistics. Carl was born in 1777 and died in 1855 but his contribution to math is still making a big impact even today.

He was an engineer from Scotland and worked in various fields like journalism, accounts, and banking. His most important contribution in the math field was the invention of charts and the use of timelines. William invented charts such as pie, bar charts, and line graphs.

Euclid is one of the oldest mathematicians in history who lived in the early Greek era of 300 BC. Euclid concentrated more on finding rigorous proof of math problems and finding answers. He used lines, angles, and various points to build his insights.

He believed a mathematician needed to use rigorous proof if they wanted to build newer results from the already existing answers. This is how Euclid eventually developed geometry which has changed the world of science and engineering in many ways.

Some math problems are tricky and require a careful approach to solve them. Some of the best ways to solve a tricky mathematics question are to read it more than once, understand the question, and identify what kind of problem you are required to solve. Online resource BlendedLearningMath.com aims to provide a unique transition that will help classroom practices be more student-centered instead of being teacher-centered. For subjects that are complex and known to avert students from interactive and enjoyable learning, BlendedLearningMath strives to provide a more holistic solution to encourage students to master math like a pro.

It’s easy to solve math for college if you follow this rule to help you review the problem and develop a plan for solving it. Through practice, you will eventually realize there is no math problem that you cannot solve.

Pythagoras was Greek and people in his time believed he was a mysterious person. Probably this was because most mathematicians spend a lot of time secluded as they develop new concepts and formulas. It is believed his father was involved in engraving seals in one of the Greece islands.

Pythagoras made significant contributions to science and math with his discoveries. He studied the morning and evening stars and later discovered they were the planet Venus. He also discovered the earth was spherical and two of the most important theories today – the theory of proportions and the Pythagoras theorem.

Pythagoras was the first individual who named himself a philosopher after he divided the earth into five climatic regions. He is called the father of Greek mathematicians.

Srinivasa Ramanujan began his love for math when he was a teenager at 15 years. At that age, he obtained a math book that changed his experience with math for the rest of his life. Determined to add more books to his collection, he began the most committed journey of developing new math formulas and notions.

Even though he was financially struggling in his time, he managed to get a scholarship to further his education abroad. His most notable contributions in the math field were infinite series, elliptic functions, continued fractions, and analytical theory.

Archimedes’ efforts made him excel greatly in the fields of math and medicine. He was a renowned Greek scientist who discovered several math formulas that are still in use today. The field of physics is particularly influenced by Archimedes’ discoveries. His most significant contribution in physics was antiquity, pulleys, and screw pump.

Hypatia lived between 360 to 415 AD and is one of the women who made incredible contributions in her time when only males were given priorities in education. She was a scholar in Alexandria and she improved the work done earlier by Euclid and created a standard version that is in use even today. Hypatia was brutally murdered when she was about 40 years but her work remains today.

Leonhard Euler was born in Russia in 1707, attended the University of Basel, got married, and raised a family. His parents were from Switzerland but his contribution in math is making an influence to date. Leonhard was also a renowned engineer, astronomer, and physicist.

He pioneered important math branches like the theory of analytic numbers and topology. His other discoveries were infinitesimal calculus, graph theory, and some other math terminologies and notations.

Advanced university education helps individuals who want to become famous mathematicians. Renowned math experts who lived many years ago made significant contributions to the field of mathematics in their time. The impact is still felt today in the fields of math, engineering, and physics. Some of their formulas and concepts have been improved to fit into today’s complex math calculations.

Julius Sim is the head of customer relations at the leading essay writing site EduBirdie where he is one of the key management persons behind the agency’s massive success and popularity among students. His focus has entirely been on making it one of the best customer-oriented service departments in the industry. His hobbies include cycling, hiking and birdwatching.

Home » Curriculum » Most Famous Mathematicians in History
a