David Pilling is the author of the Longsword historical fiction series and factual works on Medieval Wales. His most recent Novella, Longsword: The Hooded Men was released today (12/06/2019). David’s work also covers the Wars of the Roses. He is known for his research into the life and times of King Edward I and established the popular Facebook page dedicated to the history of Longshanks. 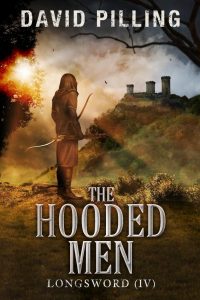 What makes the writing about the Middle Ages interesting to you?

I’ve often pondered that myself. Why do I find this era so endlessly fascinating, with all its dirt and disease and superstition and oppression and bloodshed etc? I suppose partly due to a lingering childhood fascination with castles. I was raised in Wales and caught the castle bug early, frequently dragging my poor parents (my father suffers from vertigo) up and down some ancient misted ruin. Partly because it’s like stepping into an alien world. The past really is another country or even another planet, and the medieval era cannot help but fire the imagination. We tend to focus on the nastier aspects – I quoted the usual clichés above – but there was also a certain ‘glory’ or grandeur to the Middle Ages, the chivalry and architecture and overbearing personalities and raw exercise of power. Ultimately, I suppose it is the power games that interest me most, as well as the jarring disconnect between historical reality and modern interpretations. 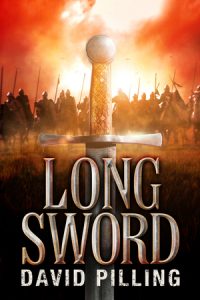 Medieval History is a period for which many readers will have preconceived ideas. Are you conscious of this when planning your novels?

Not especially. The hardest thing is to avoid clichés – serving wenches and Renaissance Fair-style dialogue and all that sort of thing – because it can very easily devolve into Monty Python. Some readers have romantic views of certain historical figures, naming no names, and I try not to indulge that. Apart from anything else, it is disrespectful to the figures concerned (imo).

Much of your work is based on Medieval Wales. It’s an area that many outside of Wales will know very little about. What is alluring about this period and place?

As I said, I was raised in Wales. I have written on a wide variety of people and places though, including the Eastern Roman Empire, the Hussite Wars and all sorts. Welsh history does have a special fascination for me though, especially the Age of the Princes. I’ve tackled the subject in fiction and nonfiction and plan on writing a biography of Prince Dafydd ap Gruffudd (executed at Shrewsbury in 1283), a complex and possibly maligned character. 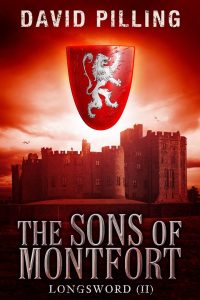 How do you balance the fiction and the fact?

I generally create a fictional character and place him (occasionally a her) in a factual setting. I try not to fiddle with the historical background too much, though it’s an easy trap to fall into and sometimes accidental. My usual get-out is that the medieval era is incredibly distant from our time, with plenty of gaps in the evidence to play with.

What is your planning process? Does it differ greatly when switching from writing novels to writing historical books?

The historical books tend to have more of a linear structure. In other words, I generally go from A to B, rather than tackling different themes, as Marc Morris did in his book on Edward I. When writing fiction I usually sketch out a rough outline, sometimes just a paragraph or two, and work from there. 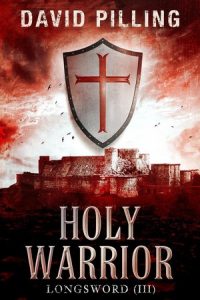 I have occasionally toyed with the idea of writing a YA novel, but not in a historical setting. The medieval era was dark and grim and dirty in many ways, and it is difficult to dilute that. That said, in my (limited) experience young like a bit of gore as much as any other age group.

Who are your favourite authors (or historians)? How have they influenced your own work?

My favourite authors of historical fiction are Alfred Duggan and George MacDonald Fraser. Nobody can really touch these two, though Duggan isn’t popular these days. I try and follow Duggan’s eye for detail and Fraser’s sheer zest and sense of humour. I’m also fond of older works such as Charles Kingsley and Arthur Conan Doyle.

What plans have you for your writing? Will it continue to be set in this period or do you see yourself writing in different genres or historical periods?

I will probably continue to write in this genre, since I have developed a bit of an audience and people know me for it. Occasionally I try my hand at co-writing high fantasy with a friend, Martin Bolton, which is a nice break from having to research history. With fantasy you just make it up! I will probably stick with the periods that inspire me most, namely the Middle Ages and the British & Irish Civil Wars, with occasional excursions into something completely different.

What tips do you have for aspiring writers (or historians), of any age?

For writers, I would say: don’t do it unless you are good at working on your own and are prepared for plenty of setbacks and a certain amount of physical discomfort. Be ready to take criticism on the chin. Every writer, no matter how talented, will get a bad review now and then. Don’t listen to doubters or haters, but at the same time be honest about your own level of ability. You also have to be able to work fast and keep churning out content. It can be a bit of a treadmill at times, but nobody said it was going to be easy. Unless you have a particularly lovely peer group, don’t expect high praise if you experience a bit of success. I know that sounds a bit bleak, but there’s no point pretending otherwise. If you want to make money (any money) that choose a genre and stick to it. That has been my experience, anyway.

For historians: Work from original sources whenever possible, be absolutely honest in your appraisal of evidence, and don’t let any kind of personal emotion or prejudice influence your interpretation. The latter may well be impossible, since we all have our own preferences, but we can but try. Empathy is vital. Never, ever indulge in hindsight. Brush up on your Latin, Old French and palaeography skills. Prepare to be shouted at (usually online) by people who don’t know very much, but by God they know what they like.

Are there any online resources on the periods you write about that you’d recommend?

The one that immediately springs to mind is the Anglo-American Legal Tradition, or AALT for short, which contains thousands of digital images of the manuscript sources held at The National Archives. I believe this is an ongoing project, so eventually all the surviving records of Edward I’s reign should be available online. Otherwise the Internet Archive is an excellent resource for printed chronicle material, while Hathi contains printed versions of the Patent Rolls, Close Rolls and other documents.

“England, 1273 AD. Henry III is dead. The new king, Edward I, is thousands of miles away in the Holy Land. In his absence, old enemies plan to shatter the fragile peace and plunge England into another civil war. Robert Ferrers, the outlawed Earl of Derby and Edward’s bitter enemy, raises the standard of revolt. He gathers an army of outlaws and secretly dreams of seizing the crown itself.

Hugh Longsword arrives home in disgrace after his failure to protect Edward from an assassin’s blade. He is given one chance to redeem himself and sent to investigate disturbances in northern England. The scale of the conspiracy soon becomes apparent as Hugh encounters enemies old and new: Sir John d’Eyvill, the outlaws of Sherwood, and a mysterious knight who calls himself the King of the North Wind.

Longsword IV: The Hooded Men is the latest historical adventure novel by David Pilling, author of Reiver, Soldier of Fortune, The Half-Hanged Man, Caesar’s Sword and many more novels and short stories.”

David’s writing is centred around the Medieval Era. He specialises in the reign of King Edward I, though has also written about the Wars of the Roses and is currently researching the British and Irish Civil Wars.