How was the British Empire controlled? The British Empire was vast. Methods of acquiring control and retaining it varied greatly from one colony to the next. Several features are common, others are localised. The one thing that all parts of the British Empire had in common was that the “mother country” was Great Britain. Rule was from Whitehall. The extent to which local politicians and rulers had a say varied. The level of control also changed over time. 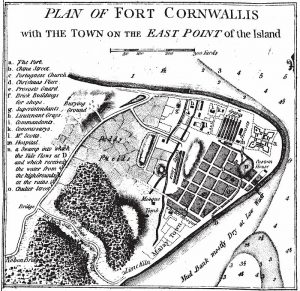 British Government included a department for Colonial affairs. This managed the empire at Government level.

Governors were appointed in colonies. These governors ran the colony on behalf of the British Government. This may be an implementation of British Laws, or a combination of British and Local laws.

Commercial ventures were protected by the British Military. This was common throughout the Empire. The Royal Navy famously ‘Ruled the Waves’ at the peak of the empire. It acted as a deterrent to attacks on colonies and was in place to keep shipping lanes safe for British vessels. On land the British Army was in place to ensure the rule of law. This included locals recruited into the British Army. The huge number of these soldiers is best illustrated by the numbers sent by the Empire to fight in the First World War.

Dominions, parts of the Empire that had more self governance, control was managed through the police, courts and use of the armed forces. Dominions were largely modelled on the British system of governance and had some level of independence whilst having key issues, such as foreign policy, determined by London.

This BBC clip shows the way in which British rule in India evolved. Here you see that it is a mixture of things that lead to control. It also shows that local attitudes to the expansion of British control varied greatly, from those who benefited to those vehemently opposed to the British Rule. Methods of controlling such a large and diverse part of the empire, with such varied views about the British, are varied. The video clip outlines some of these methods.